If You’re Taking Flak, You’re Over Your Target

I found it strange that a very busy man like Rick Murdock, the Executive Director of the Michigan Association of Health Plans (the state lobbying group for the health insurance carriers), would take the time to write a put-down piece against the Direct Primary Care movement in the December 1, 2015 issue of the Detroit News.

Those of us who are trying to free primary care doctors from the tyrannical insurance-based system are tiny in comparison to the revenue, people, and political power Mr. Murdock has backing him.

What is he/they afraid of?

Could it be that the “experts” that got us into this healthcare mess: those that have been extracting $3 trillion in healthcare cost (which is revenue for them) from the American public every year are feeling threatened?

Could it be that they’re fearful that their free-flowing tap of money and tax dollars could be shut off when they see savings of 20% and patients raving about the care they receive under Direct Primary Care?

Considering that customer satisfaction scores of health plans rank below Airlines and just above the Federal Government, a commonsense person would think a smart man like Mr. Murdock would be tripping all over himself to partner with us in an effort to expand the benefits of Direct Primary Care to the citizens of Michigan.

I’m waiting to hear from him…

Tom Valenti is Founding Partner of Forthright Health (ForthrightHealth.com)  You can follow him here: @tjvalenti

We're not around right now. But you can send us an email and we'll get back to you, asap. 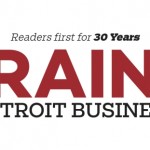