Which Presidential Candidate said the Following about Healthcare?

Which candidate for president said the following?

I think we haven’t evolved away from local hospital systems being the dominant model.

The politicized, unionized, monopolistic nature that puts the economic interests of the hospital systems, which in many communities in this country is the largest employer. For those don’t live in like Washington or New York, if you go to Indiana or Minnesota or New Hampshire, the number one employer is the local hospital system, and even in the case of California, the number one employer in the state by far and away is the UCLA Health System.

So it’s got a big economic interest rather than focused on how do you customize healthcare so this diverse group of patients gain the power of health. That’s the problem.

The problem is the governance model is designed for the hospital systems rather than the patients. And, reforming it on the edges isn’t going to change that.

I’ve lost my patience on this, to be honest with you, because I don’t see the change necessary to get to the model we can get to.

If we started from scratch, we wouldn’t have this system.

We wouldn’t have unionized, politicized, government funded monopolies as the means by which we get healthcare.

We would have something that would be patient-centered, customized for their needs.

And we would use technology, not just for vendors selling electronic medical records to hospital systems, which is a great business if you can get it, but have it be at the core of healthcare. Where you achieve health at your own pace at your own time. Where time is the variable and better health is the constant, rather than an office visit or lying in a hospital bed being the means by which the healthcare system is funded, whether you get healthy or not. Where the constant is time and the variability is whether you get healthy.

That is a radical departure from where we are and there’s no place in the country that has come close to achieving that.

And that’s what we need to strive for, and yet now we have this weird coalition that is protecting the status quo for different reasons – an alliance that is quite powerful politically that doesn’t agree on anything other than we shouldn’t be able to dramatically change how we achieve health.

However, it is almost word-for-word the same quote Gov. Jeb Bush made on December 2, 2014 (watch here). Except, instead of talking about healthcare, he talked about education.  I simply took where he said education and changed it to healthcare.

Now, this post is NOT in support of Jeb nor any of the other presidential candidates (Had Hillary, Rubio, Paul or someone else made a comment that was equally striking, I would have “quoted” them as well).  When I watched the YouTube video, I was plainly struck by how his quote could so easily be applied to healthcare as well, which made me want to write this post.

Thus, it is fitting that two industries that directly affect every American, and also happen to be rising in cost much faster than inflation, are plagued by many of the same characteristics.

Tom Valenti is Founding Partner of Forthright Health (ForthrightHealth.com)  You can follow him here: @tjvalenti

We're not around right now. But you can send us an email and we'll get back to you, asap. 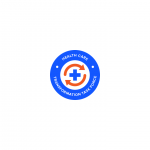 A Few Men in a Room Determine Healthcare Value for AllBlog 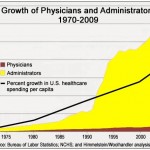 High Administrative Cost is a Symptom, not the Driver of High Healthcare CostsBlog